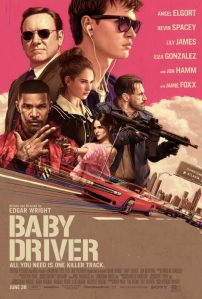 I wasn’t planning on reviewing this movie. But I heard that people have considered this to be one of the best movies of the year, so I thought about it and realized that I had a lot to say about it. Edgar Wright is considered to be a director that has not directed a bad film yet. Baby Driver is about a getaway driver named Baby who drives robbers from to heists, to pay off a debt from Doc.

Ansel Elgort as Baby is great. He has tinnitus due to a car accident that killed his parents and now he listens to music to block it out. Reminds me a lot of Peter Quill from Guardians of Galaxy. He also reminds me of Eggsy from Kingsman, I even thought it was the same actor. He’s a character that is doing a bad thing but is in it for the money to help his adoptive father. He has characters such as Debora and Joseph to keep him from going bad.

I think the story and narrative stand out to me. It starts out with already a great concept with a boy who is a getaway driver for robbers. Each heist shows a new character. I do think Doc asking Baby to come back for one more heist even though he let him go was a bit sudden and out of nowhere. On the final heist Baby decides he had enough of this and tries to escape. Bats and Buddy’s death are killed and Buddy vows revenge. After that it becomes more of a fugitive movie with Baby and Debora trying to escape the police and Buddy. Doc helps them escape though gets killed by Buddy in the process. They kill Buddy but Baby turns himself in. The story has a lot twist and turns and I had no idea what direction it was going.

One of the things that stood out to me was Buddy played by Jon Hamm. He doesn’t start off as the main villain or biggest threat (Doc or Bats seemed like they’d be the main threat) but when his wife is killed due to Baby he descends into vengeance and rage. The scene at the diner where Baby and Debora confront Buddy drinking coffee with the song “Never, Never Gonna Give Ya Up” by Barry White is chilling and probably my favorite scene in the movie.

If I had a problem with the movie is Griff played by Jon Bernthal. He’s not bad but he only appears in the begining and never shows up again. He has his own poster for god’s sake. Other then that Baby Driver is a creative and original film that is fun to watch.

Again just something fun I wanted to do. Much like my last post this just a theory I created. 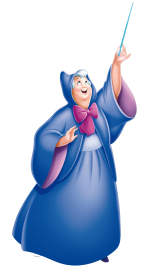 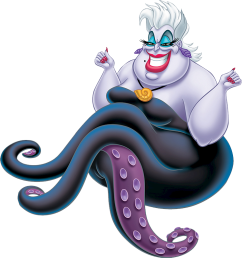 Ursula the Sea Witch from The Little Mermaid!

Yes I believe that Ursula is the evil counterpart of the Fairy Godmother. Both have a grandmotherly (well…mostly the fairy) design and have the power of magic. They also have parallels in terms of character and story. Cinderella and Ariel both have dreams but they are shatter when Cinderella’s step sisters shred her dress and Ariel’s father destroys her collection, both are left alone in tears. Funny enough, Cinderella’s sisters were jerks mirrors Ariel’s dad had good intentions. The Fairy Godmother and Ursula confront the main character at there most vulnerable. The way they interact with the main character is different. While the Fairy Godmother shows kindness towards Cinderella, Ursula shows manipulation towards Ariel. Both put a spell (while also singing a song) on the main character that has a time limit.

You’re probably thinking these characters are from different stories, big deal. However, these characters might exist in the same world. In the scene where Scuttle stalls the wedding, the King and Duke from Cinderella make a cameo in the crowd. So you see, Ursula is the yin to the Fairy Godmother’s yang, one shows kindness and the other shows evil intentions.

Do you think this is true? What other characters from Disney movies might have evil counterparts in other different Disney movies. Leave a comment below to give your theories.

This isn’t a movie review, it’s just something fun I wanted to do. Gravity Falls ended more then a year ago. I’ve heard of a lot of theories but haven’t really made any theories myself until this summer after I watched a specific movie. 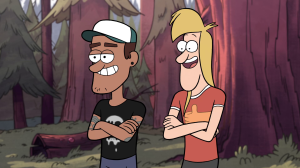 Nate and Lee are two of Wendy Corduroy’s friends. They don’t have that much backstory compared to the rest of the characters. But this duo might have more a hidden history then we thought. I have a theory that Nate and Lee are none other then, drum roll please (drumming). 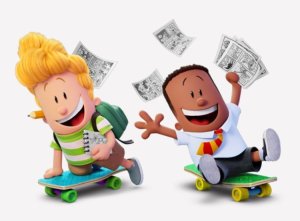 George and Harold from Captain Underpants!

Yes, I believe that George and Harold and Nate and Lee are one of the same. I started to realize this a while after I watched the Captain Underpants Movie. FYI Kristen Schaal voice characters in both is just a coincidence. I know what your thinking, it’s because Nate and George are black and Lee and Harold are blonde isn’t it? Yeah but I think there’s more to this theory then just similar designs.

I have proof this theory might be true. Both duos love to cause mischief and trouble. In Dipper and Mabel vs. the Future Nate and Lee are shown switching the words on the school sign just like what George and Harold do at the beginning of every book. Both duos even hate school as shown in the same episode where they spell out No Escape. Another piece of evidence is in the episode Blendin’s Game. Nate and Lee are the only one’s in Wendy’s gang that do not show up in the past. You might say there somewhere else in Gravity Falls but who knows?

Here’s what I think happened. I think that the consequences for the whole Captain Underpants thing finally caught up with them. Maybe Mr. Krupp found out about what they done to him. So they have to change their identities and flee town. They ended up in Gravity Falls where they live now. No one knows about who they once were. Not even Wendy, Robbie, Tambry or Thompson know about there original identities or there mysterious past.

Do you think this theory could be true? Comment on what you think. 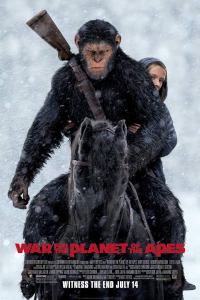 Andy Serkis is great as Caesar. He comes off as a great leader who want’s to do what’s best for his people. He’s a very complex character that goes through lost and vengnece. His death while bittersweet shows peace and freedom to the people he cares about. Steve Zhan is also great as a new character in the trilogy named Bad Ape. He brings a lot of comedy and light to this dark and edgier movie. While on the subject of apes I have to say that the special effects on the apes gets better with each movie. Usually seeing only cgi characters for most of the movie could get tiresome but these characters look great. I could see this movie getting nominated at the Oscars for best visual effects.

The Colonel played by Woody Harrelson while acted well and intimidating, isn’t in the film as much as he should have. He’s not given much depth or reason to really feel bad for him.There’s also one scene in the movie that kind of pulls me out of it and that’s when one of the apes throws poo at one of the guards. Not a long scene but for a dark and edgier movie it doesn’t really fit.

The third movie in a trilogy is usually weaker then the previous two. War for the Planet of the Apes however is a rare example of the third movie be not only a strong conclusion but also the best movie in the trilogy.