Happy Halloween to you all! Here’s September and October recap.

Middle School the Worst Years of my Life: Only went to see the 2d animated moments which are great but the film itself is fun and emotional. B

Milo Murphy’s Law: Not a fan of Phineas and Ferb but this new show is fun. It has Weird Al as the main character what more do you need? Though I’m concerned about that teacher and her love of that desk. B- 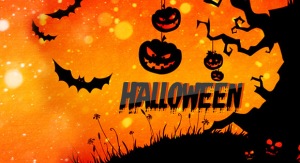 Welcome foolish mortals to JacobsonCinema. I am your host, your post host, hmhmhmhm.  Happy Halloween to you all. To celebrate this holiday I will list out my top 10 favorite Halloween specials of all time.

END_OF_DOCUMENT_TOKEN_TO_BE_REPLACED

Season 6 was not really the strongest season of My Little Pony Friendship is Magic. The season finale however is really something to talk about. FYI, I did see this online earlier due to the UK release. I just waited until now since it premiered on TV today.

Bringing in Trixie who hasn’t had a role in any two parters yet is great. The changeling Thorax returning makes sense and bringing in Discord was the icing on the cake. It also great because the episodes that Trixie and Thorax appeared in now tie together with the season arc much like the episodes of season 4 where the mane 6 find the keys. The chemistry between Starlight and her group is great and a refreshing change of formula compared to the last seasons that mostly focused on the mane 6. The return of the Chrysalis Queen was great and it was refreshing that she turned down the chance of redemption. This could set up something for season 7 but time will tell.

The finale does have problems though. The mane 6 feel very minor here, heck I don’t think Pinkie Pie, Applejack, and Rarity even get a line in part 2. There was also no songs or even an ending song. It just ends with Discord and Trixie riding flying pigs. While the changeling’s transformation is cool it’s not much of a change for the series compared to season 3 where Twilight became a princess, season 4 where Twilight got a castle, and last season where Twilight got a pupil.

This is definitely my favorite episode of season 6 and while it wasn’t the best season it still had good episodes. I’m still looking forward to season 7 and the feature length movie (not Equestia Girls related) next year. 🙂

Verdict:
+Starlight and her group
+Change of formula
+Return of Queen Crysalis
+Ties episodes of Season 6 together
– Mane 6 are demoted to extra
– No real change in show like last seasons
– No finishing song