Today I watched this underdated masterpiece from Disney on TV and later found out on Twitter this movie just turned 15 years old today.

But seriously Sky High is a very underated Disney movie and everyone who’s either a fan of superheroes or school themed movies will enjoy this. 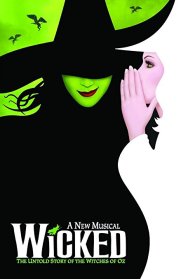 I’ve just seen Hamilton on Disney + I decided to show my top 5 favorite Broadway musicals since I really enjoy going to see musicals. I’ve seen the shows at least twice so I have a better opinion on them than the ones I’ve seen only once.

Honorable Mentions:
Hamilton: Sorry, I do think it’s a little overhyped (not much on set design) but will say that the songs are amazing. My favorite song is You’ll be Back.

5. Les Miserables: I remember first seeing this on Broadway in the front row. Everything from this musical such as the sets, the songs, the choreography, and the story are huge and epic in scale and the character’s performances are emotional and epic.

4. School of Rock: I saw this before watching the movie it’s based on and honestly I think I like the musical more. I was impressed by how the kids actually played there instruments. I even got to keep a guitar pick used in the show.

3. The Book of Mormon: I’m not a fan of South Park but I really enjoy this show. The characters are really enjoyable and funny. This also has one of the most offensive songs in any Broadway musical (if you’ve seen it you know the one) though it is enjoyable.

2. Chicago: I can’t believe my Mom let me listen to these songs as a kid. The characters are clearly not good people but their performances are great and the songs are fun especially Cell Block Tango. Fun trivia about Billy: My first time seeing this was on a cruise where Billy was played by my Dad’s friend and the 2nd time was with John O Hurley.

1. Wicked: Anyone who saw the top picture is probably not surprised that this is number one. This is the musical I’ve seen the most times (4 times). I love everything about it from the characters, the set designs, and especially the songs. I listen to the songs all the time. It really does paint a new picture on the original story that everyone has a little bit of wickedness in them not just Elphaba.

It will be really great to see musicals again once things calm down. What are your favorite Broadway musicals?