Steven Universe: the Movie: Great love letter to the show. A

It Chapter Two: Depite the wonderful performances from Bill Skarsgård and Bill Hader the film feels too long and has too many flashbacks. C

The Peanut Butter Falcon: Slow and has a sudden ending but still full of great perormances from Zack Gottsagen and Shia LaBeouf. B-

Promare: Everything about this anime such as the characters and animation is awesome!  A+

Abomniable: Cute movie but nothing mind blowing due to having seen other movies about yetis. C

Joker: Joaquin Phoenix is the best Joker since Heath Ledger. A pefect non-horror movie to watch this Halloween.  A-

The Addams Family: Mixed opinions on the voice talent and character designs make this the most ok movie of 2019. B-

Final Space season 2: Great continuation with a great balance between comedy and drama.

Primal: Great animation and great action. Will talk more once the rest of the series is released.

My Little Pony: Friendship is Magic final season: A bittersweet goodbye to one of my favorite cartoons.

The Casagrandes: A fun spinoff to a really good Nickelodeon cartoon. 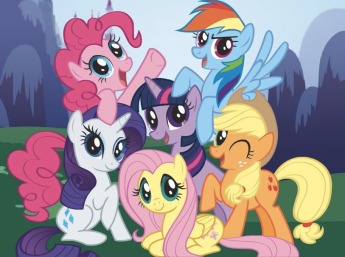 Last week one of my favorite cartoons of all time My Little Pony Friendship is Magic has finally ended after 9 seasons. Little bit of history first, back then I was one of those kids who did not like the My Little Pony toys. That changed when years ago my brother, his best friend and I were coming home from tennis lessons when my brother’s friend was talking about the My Little Pony show and how great it was. I didn’t believe him but later that Christmas I started watching I was shocked at how good it was, but now it’s finally over.

Parts 1 and 2 are pretty much the conclusion of the villain arc. I was disappointed that it turned out Grogar was just Discord in disguise but to be fair Grogar wasn’t a strong character anyway and it’s fun seeing the other three villains work off each other. If you know me I love giant climatic battles where all the characters join into the fight and MLP did not disappoint. So many characters show up (even ones from the movie).  I must say it’s kind of disturbing that the princesses decided to turn all the villains including a foal into stone. Part 3 acts as an epilogue that takes place years later where Twilight is now ruler of Equestria which seems fitting. I just love the fact Pinkie Pie and Cheese Sandwich had a kid! I like the lesson that while friends can drift apart the mane 6’s friendship is so strong that it’s never truly gone.

The series ends with of course a final song that’s really sweet and emotional.  There’s one part of the song that I really love and it’s when each of the mane 6 sing in front of a bunch of characters they’ve helped or have strong connection too.  The episode finally concludes with the closing of the book mirroring how the series started with the book opening. This was a brilliant way to bookend the show and always felt this was an appropriate ending.

For a series finale this felt like a great way to wrap up everything and say good bye to all the characters and the world of Equestria. I’m both sad and really going to miss the show but I’m also glad that ran its course. I want to give thanks to the cast, writers, animators, and Lauren Faust for creating strong and wonderful characters and a world where the magic of friendship grows. Goodbye My Little Pony: Friendship is Magic. 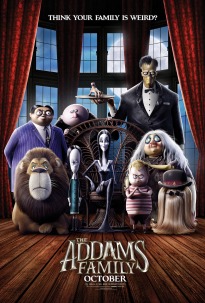 They’re creepy and they’re kooky. Mysterious and spooky. They’re all together ooky. The Addams family.

The Addams Family are sort of a typical suburban family but the exact opposite. They enjoy everything miserable and creepy and never give a crud about what anyone else says. The first movie from 1991 and its sequel are pretty much what you’d think they be like in a movie. The animated reboot unfortunately doesn’t really go all out with its dark humor or atmosphere. It feels a lot more safe and more for kids. The comedy is still funny at times. One of my favorite jokes is when Gomez and Morticia run over Lurch and cheerfully say “We hit something!”. Jokes like that work in this type of premise. However a lot of the other jokes feel a lot like ones that I’ve seen in previous family movies.

Some of the stuff that should have been great in animation was sort of a mixed bag for me. Some of the voice talents are good like Charlize Theron being a good choice as Morticia but some didn’t feel well casted like Nick Kroll as Uncle Fester and Bette Midler doesn’t really get to shine as Grandmama. Some of the character designs are really good and match there comic designs but still some of the other character designs just look too freaky to me especially Wednesday’s friend Parker and Pugsley.

For all my mixed feelings on the character designs and voice talents of the other characters, these qualities do however contribute to my favorite character and also my favorite thing from this movie, Wednesday Addams. She has such a great design that fits her character and casting Chloë Grace Moretz to play her was pitch perfect. I also liked her “rebellious phase”.

This was probably the most ok movie I’ve seen this year. It you want to introduce your kids to the Addams Family franchise than this is a good starter before than can get into the more dark and edgy stuff like the live action movies and I’m sure fans of the original show or previous movies will like this too. 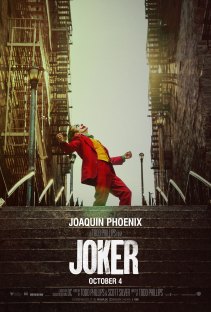 Fifteen years ago Joaquin Phoenix turned into a bear now he’s turned into a clown. This year DC has surprisingly made two superhero movies that weren’t just good but really good. Those being Shazam! and today’s review Joker. Joker is probably the most grounded comic book movie I’ve ever seen. I will admit it is at times unpleasant to watch but it’s expected when your main character is a villain.

The biggest highlight of this movie of course is Arthur Fleck better known as the Joker played wonderfully by Joaquin Phoenix. He’s kind of like Heath Ledger but still feels like its own character. What makes him really great is that while you want to feel sorry for him you remember that this is the Joker. This movie managed to balance both sympathetic and psychotic wonderfully. I think he’s a shoe in for a Best Actor nominee.

Joker also has a lot more deeper themes compared to the other DC movies. Spoilers: I think the deep themes of this whole movie can be summed up in Arthur’s last joke before he shoots Frank Murry. “What do you get when you cross a mentally ill loner with a society who abandons him and treats him like trash? You get what you @#%$% deserve!” Arthur Fleck embodies the consequences of a cruel society that hurts mentally ill people. Every character that was cruel to him ends up punished for it. There’s also the theme of how we make our own villains. Ironically Arthur would end up creating his arch enemy Batman through his influence.

Joker was directed by Todd Phillips who’s known for The Hangover trilogy and this movie has terrific directing thanks to him. The shots are really well filmed and help make this version of Gotham one of the best looking ones since Tim Burton’s Batman.  I also really like Hildur Guðnadóttir’s score. Most of the score is done with a violin and it is both beautiful but also very creepy and uncomfortable at the same time. I think it would’ve been a fun idea to promote the movie if the bathroom dance music played in the movie theater bathrooms.

Honestly this didn’t have to have anything to do with DC. You could’ve just made this an original story with original characters and nothing would have changed except maybe the stuff involving Batman. What could’ve been another failed attempt to bring Joker to the big screen (looking at you Jared Leto) turned into a deep look at society and mental illness. Joker For a movie about a clown this appropriately not funny.