Happy Birthday to me again! I was originally going to post my favorite movies list but I didn’t have time to write it out so I decided to a list of my favorite characters of all time instead. These are the character that I either relate to, make me laugh, sympathize with, or are just so awesome. These are also my personal opinion. Enjoy!

I read Dumbing of Age mostly because of this dinosaur expert. She’s just so adorable and relatable because her love of dinosaurs is just like my love of movies. I had a schoolmate who loved dinosaurs and I bet him and Dina would get along great.

Deathstroke (Slade’s a much cooler name) from the comics was an assassin, Slade from the show was a criminal mastermind. There’s such a mystery to him and we never find out who he is or what he’s doing. He even drove Robin insane when he was already dead. No wonder he never shows up in Teen Titans Go, he’s too cool to ruin.

18. Judge Frollo from The Hunchback of Notre Dame:

Greatest villain ever! He does horrible things that I think other Disney villains would never do while claiming he’s a good Christian. This is how you make a complex villain without making them sympathetic. Hellfire is also one of the greatest villain songs in terms of visual and intensity.

Hilda was a big surprise for me in 2018. The show had great animation, great music, and of course a great main character. She’s incredibly adventurous and loves nature and creatures, kind of like Eliza Thornberry. She also has a nice relationship with her mother. I said it before and I’ll say it again I can’t wait for season 2. 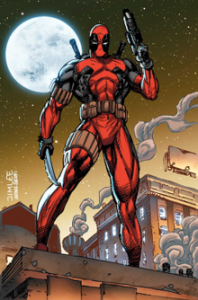 I’m planning on seeing Deadpool 2 tonight. Deadpool is the ultimate fourth wall breaker. He’s hillarous and Ryan Reynolds was pitch perfect as him. What’s clever about him is that his design looks more menacing and even his backstory about having cancer is serious, but really he’s a comedic character. Let us never speak of what happened to him in 2009.

The moment he first talked he immediately became my favorite. He’s monotone and acerbic but also a complete badass. He literally sleeps in a fridge and with a freaking ax. All three bears are likable but Ice Bear has been my favorite right from the start.

14. Rainbow Dash from My Little Pony Friendship is Magic:

I just think Rainbow Dash is the coolest pony. I like her design and her personality. There was a time where I wanted her to have her own spinoff story. She goes through some really good character development throughout the show. She’s can be arrogant but she’s one of the most loyal characters on the show.

13. Katara from Avatar The Last Airbender:

Katara is not only the heart of Team Avatar but also the heart of the show. It was episode 6: Imprisoned that made her my favorite character of the show because she helped give hope back to earth benders. Without her Aang probably wouldn’t have been able to bring balance to the world.

12. Carl Fredricksen from Up: 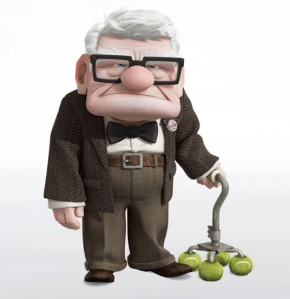 Carl is an elder protagonist which makes him stand out compared to the other Disney protagonists. He and Ellie are my favorite couple because it’s there love that makes this story flow. The love of his late wife gives him the determination to reach Paradise Falls. Up is my favorite movie so it seemed fair to have Carl on my list. 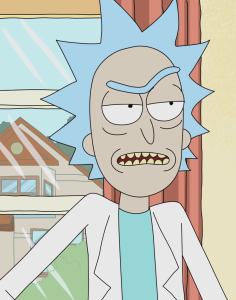 Rick is an intelligent, insane, alcoholic jerk who doesn’t give a crap about the terrible things. So why do I like him? Maybe it’s because he admits he’s a bad person or maybe it’s because he’s hilarious. Even though we don’t know much about his past he still has a lot of depth to him and he does care for his grandson Morty.

Wicked is my favorite Broadway play of all time (sorry Hamilton). I’ve listened to the soundtrack so much and seen it on stage three times. Elphaba goes through so much in the play like finding out what she bereaved in was a lie, losing people she cared about, and becoming an outlaw. Wicked turned one of the most famous movie villains into a one of the most sympathetic characters ever.

9. Jack Skellington from The Nightmare Before Christmas:

I relate a lot to Jack because like Jack I crave for something new and when I see something new I get excited and inspired to do something like it. When things don’t work out he doesn’t give up he admits that he did his best and gets inspiration for new ideas. He also has a great design and a great singing voice.

Here’s another character I identify a lot with because we both have dreams that we are passionate about. FYI I’m only counting the movie version because in the book he was greedier, arrogant and only concerned about profits while in the movie he’s very grandfatherly, caring and wanted to spark the imagination in everyone. His dream didn’t go as plan but his heart was in the right place.

He’s lazy, loves food, and hates Mondays, when you think about it Garfield is more like a human in a cat body. Lorenzo Music brought so much life to Garfield that he didn’t sound like just some guy recording lines, he felt like Garfield. My brother and I love Garfield so much that we named our cats Garfield and Nermal. 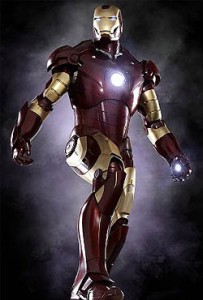 The MCU managed to make a superhero not as memorable as Spider-Man or Hulk and made him one of the greatest. Robert Downey Jr. is the perfect fit for Tony Stark, comedic but also dramatic. Not only that his armors are really cool too. It’s no wonder he’s usually the main character in the Avengers movies and the whole series.

5. Star from Star vs the Forces of Evil:

Star is just the sweetest girl ever! One of the reasons Star is great is because of her actress Eden Sher. She brings so much energy to what could have been just a generic Disney princess character. I also liked that throughout the show she matures and even tries to stop discrimination against monsters. Why isn’t Star in the Disney princess lineup?

People usually say Garnet, Pearl or even Peridot are there favorite gem but Amethyst is my favorite because of her fun loving and carefree personality. On the Run is still my favorite episode because it introduced a tragic look into Amethyst’s origin and a great fight between her and Pearl. She’s still the mischievous emotional character that I loved since season 1. 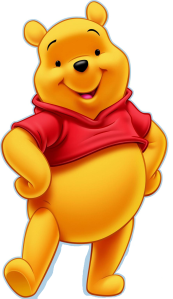 Who doesn’t love Winnie the Pooh? He just might be the most innocent character on the planet. He’s naive but he’s not stupid. He loves honey but loves his friends too. Sterling Holloway’s and especially Jim Cumming’s voice give a warmth and kindness to this role that I don’t think anyone else could. Pooh was one of the first character I knew in my life and still one of my favorites. 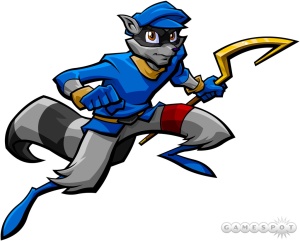 While I don’t play video games, I do watch my brother play them and the Sly Cooper series is one of our favorites. He has a tragic backstory but never lets it weigh him down because he had friends he considers family and only steals from criminals because there’s no honor, challenge or fun stealing from ordinary people. He’s cunning, honorable and honestly just a cool character to play. 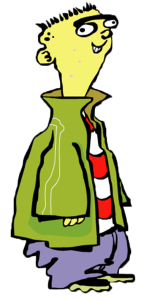 Ed Edd n Eddy is my favorite cartoon of all time and I wanted to pick all three Eds for number 1 but I went with my favorite which was Ed. There’s such a charm to him that makes him likable and one of the funniest characters of all time in my opinion. He feels like he’s in his own world, has a wild imagination and doesn’t care what people think of him. Ed and the other two were a huge part of my childhood and Ed’s stupidity and kindness make him my favorite character of all time.

Hope you enjoyed my list. What are your favorite characters?